The more rich people gather land, buy houses, the more they prove their wealth; The poor are also trying to borrow to have their own house… Real estate seems to be a destination, a measure of a lifetime’s achievement.
Everyone wants to own a house of their own, decorate it by themselves to build a true home. Having a dream to have the motivation to try, but this dream accidentally has become a burden for many people. Having a house or staying in a house, buying a house or apartment seems to have become a measure that many people use to evaluate the achievements, proficiency and wealth of others.

The whole family of 3 generations lives in a house built from ancient times. At night, his whole life will be hard to get better, not to mention his life, so Tung chose to go to Japan for 3 years of labor export. He ran out of capital and asked to borrow all of his relatives, friends, and Mr. Tung and his wife also managed to turn 200 million as the cost for him to go when he got the order. The couple decided to go to earn a sum of money to build a new house, get capital to do business and make a small amount of savings to prevent later getting sick and sick. 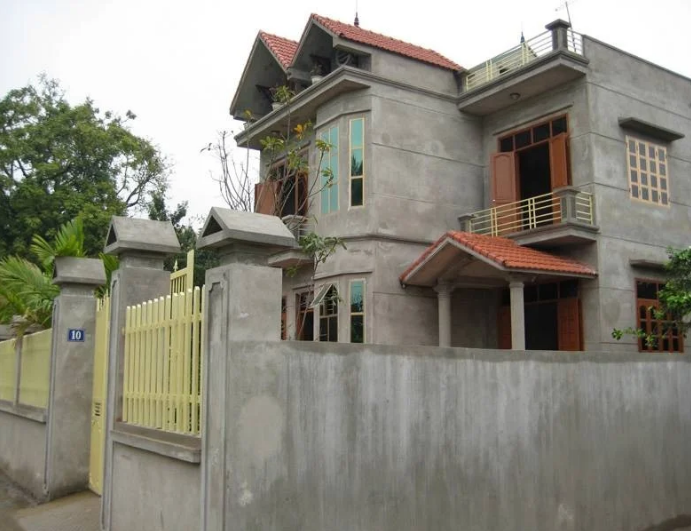 The capital Mr. Tung earned from labor export spends a large part in his big house in his hometown, but he does not live all. Artwork: Internet

His wife stays at home as a garment worker. During the crop season, he hires a transplanter to harvest 5 sao of rice. After going to Japan to work for 1 and a half years, his parents and wife stayed home and talked about building a house so that when he came back he would have a new decent house. Initially, Tung decided that when he returned to his country, he would choose money to build a house that was just enough, not too big but still cozy. However, in the countryside, the size of the house is still a matter for people looking at and discussing. “People say that I could not build a big house for a few years abroad, my life will live. In the future, my children and grandchildren will gather, but will not go away,” said Tung. Working in thoughtful work with his parents that he does not need a house that is too big or too unsuccessful, Tung agreed to build a 3-story, 1-tum house and told himself to work harder. “Everyone at home does not know how hard to work there, how tired the hours, activities, weather all change. They just think that going to work abroad, sometimes earning a billion dong, building a house is a chore, ”said Mr. Tung.

By the day he returned home, the old tiled old house was no longer there, replaced by a 3-storey house with a floor surface of more than 70 square meters, the interior and exterior walls were still rough with cement coating. Inside the large house are still objects and furniture that are still in use since the olden days, only the television is new. Not all tired of visiting, giving gifts to relatives, villages, paying off debts, he and his wife had to start cleaning and completing the house. Subtracting the amount of money that Tung sent home from the day in Japan, the amount of money he brought back to his home country, if completed and furnished, would not be too abundant to both get capital for business and as a provision. Because the actual cost of building the team is 1.5 times higher than expected. The house is anchored, so cleaning the unused rooms is also tiring enough. “The pride of having a big house will quickly pass but the suffering will hang on. My whole life tightened my belts, spent money to build a house and lived hard to pay off the debt, had to be tired of cleaning all day, in the end, it was just outside the cold field, ”said Mr. Tung.

Also trying to build a big house but do not have the money to export labor to undercut, and her husband Hanh (Hung Yen) only borrowed 800 million to build a house with a total of 1.5 billion VND. There was a spacious house at the 3-way intersection of the village, poppy selling miscellaneous items, stationery to have copper in the field. On the first day, Hanh Tinh and her husband tried to build a house so that they could have a stable place to do business, but the expenses increased, they struggled to pay off their debts, they did not have much capital to import goods for sale. Since the construction of the house is completed, selling profit is not worth it, the brothers and sisters are more and more tired of having enough money to pay monthly. “If building a house just right, perhaps life would be different. There was a big house at the 3-way intersection, outsiders also said that my house was rich, so it was successful, but in fact, not everyone understands behind it ”, shared Ms. Hanh. 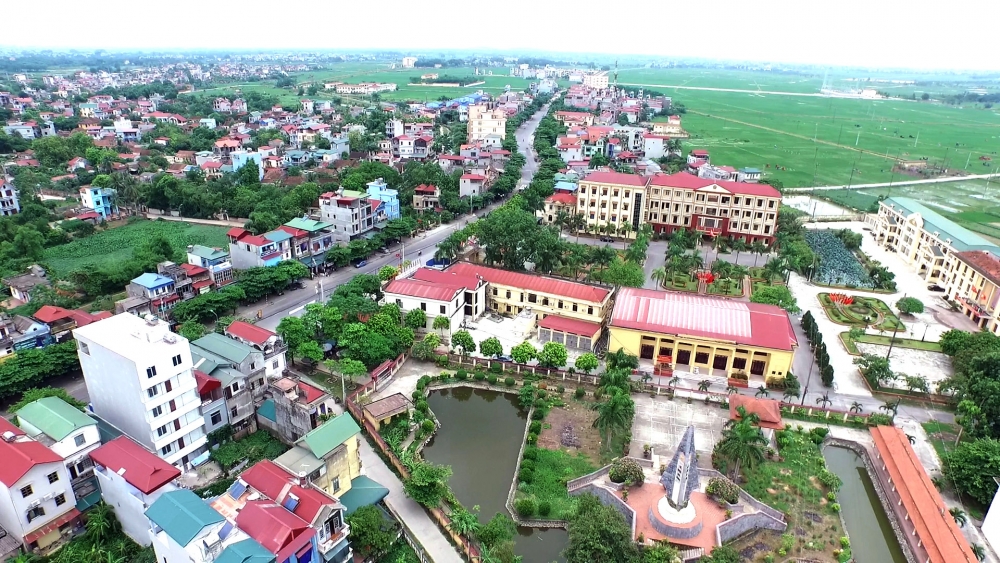 Many buildings, houses are mixed with trees, lakes, and water from above
Real estate is considered by many to be a measure of the achievement of a lifetime. Illustration

Not only the “poor”, the real estate as a measure of achievement is more evident in the giants. When it comes to the giants or famous people like Pham Nhat Vuong, Nguyen Thi Phuong Thao … to measure the wealth, people often list the huge real estate they own … Not only a lot of money, many houses but also big and beautiful ones …

“Vietnam has many people becoming giants by owning golden lands, diamond lands. They are rich at super speed thanks to the land ”, Professor Dang Hung Vo, former Deputy Minister of Natural Resources and Environment, once frankly shared.

Talking about the story of buying houses of Vietnamese people, Mr. Tran Khanh Quang, General Director of Viet An Hoa Company, said: “At the age of 30, Vietnamese people begin to work hard to buy their first house. At the age of 35 or older, they own more, usually holding 2 real estate At the threshold of 40, the rich and emerging people like to own 3 or more properties, turning 50 when the free cash flow is large, taste owning 4-5 different types of real estate is quite common.

Also according to this expert, at different ages, the types of assets Vietnamese people hold are not the same. The diversity of this asset list is proportional to the seniority and the magnitude of the cash flows. For example, 30-year-olds buy houses mainly for living, 40-year-olds tend to real estate that generates cash flow, 50-year-olds want to own a land fund, even multi-functional real estate than young people.